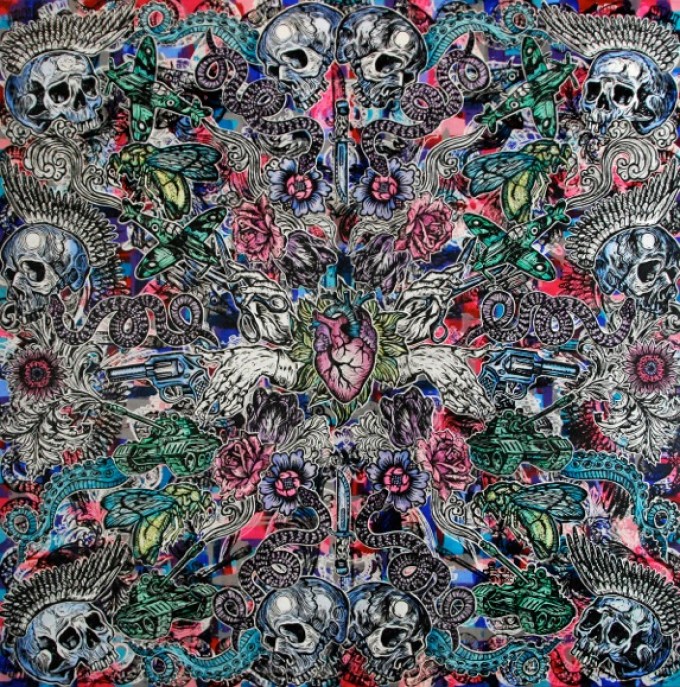 Gavin Brown has been announced as a 2015 finalist in the prestigious Sulman Prize at Art Gallery of NSW, Sydney.

The Sulman Prize is awarded for the best subject painting, genre painting or mural project by an Australian artist.Established within the terms of Sir John Sulman’s bequest, the prize was first awarded in 1936. Each year the trustees of the Art Gallery of NSW invite a guest artist to judge this open competition. This year’s judge is Lindy Lee.

As a finalist, Gavin’s work will be displayed in an exhibition at the Art Gallery of NSW, from 18 July to 27 September 2015.

“I became inspired to revisit printmaking after seeing several of my textile designs from the early 1980’s displayed in the NGV’s ‘Mixed Tape’ exhibition of 2013. I have worked in Lino Cut printing in the past and have amassed a catalogue of images and designs from which I have drawn upon in this series to create collaged works reassembled on the canvas. My approach for this work has been to take  a low-tech method and reimagine this in the spirit of current digital printing aesthetics, resulting in images that are manipulated, split and reflected back upon themselves.” 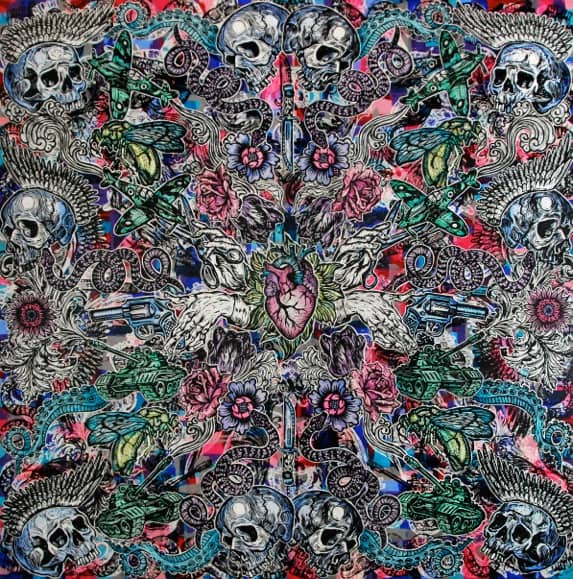 Fields marked with * are required